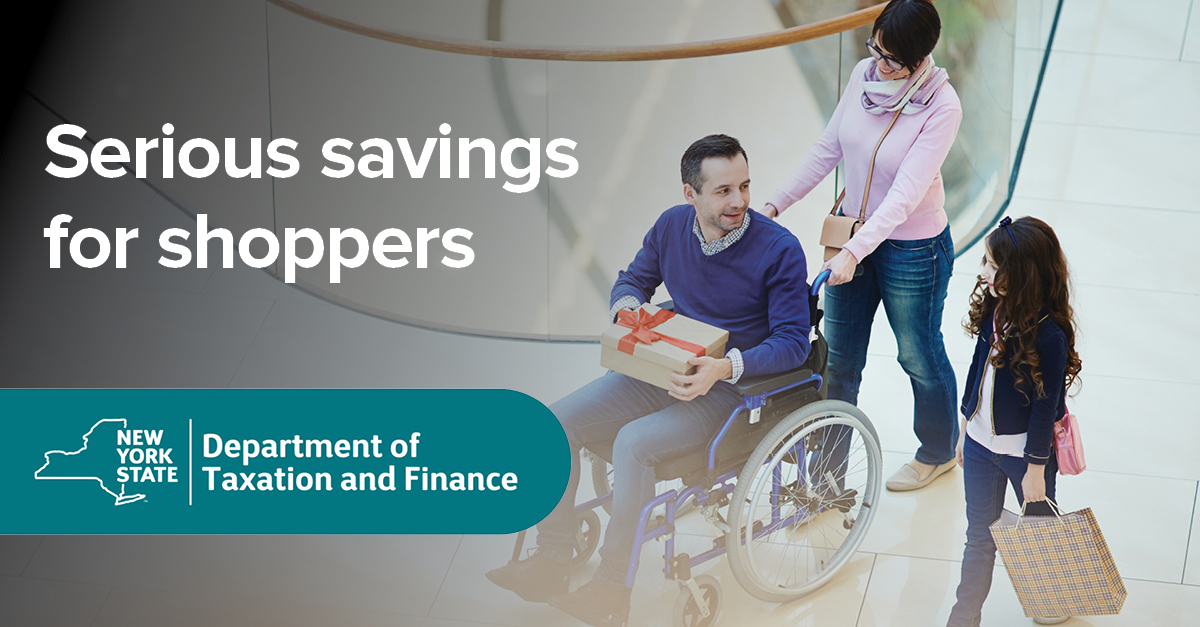 The New York State Department of Taxation and Finance is reminding holiday shoppers of the tax breaks on purchases of clothing and footwear sold for less than $110.

Every day is a sales tax holiday in New York State. Qualifying clothing and footwear purchases are always exempt from the state’s 4% sales tax when they are sold for less than $110.

They’re also exempt from local sales tax year-round in New York City and the eight counties listed below. If a locality doesn’t provide the exemption, tax will be charged at the local rate only.

In 2019, the state exemption alone is expected to save New York shoppers nearly $890 million. Savings from the combined state and local sales tax exemptions are about $1.3 billion annually.