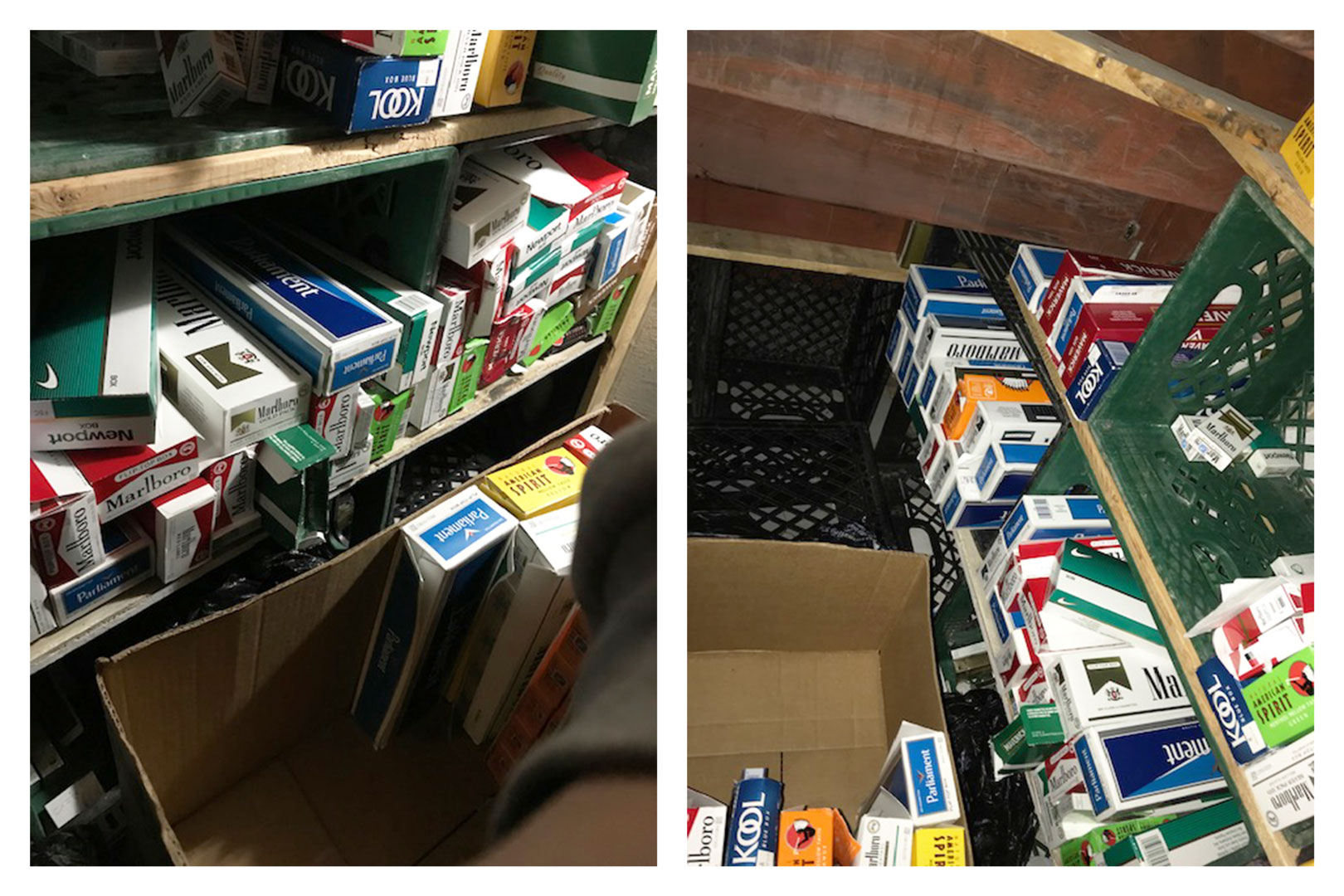 They found a combined total of 336.8 cartons of cigarettes bearing counterfeit New York State and New York City tax stamps, as well as ones with stamps from Connecticut, Georgia, and Virginia.

“Business owners who evade the tax on cigarette and tobacco products or other sales put honest merchants at a competitive disadvantage and deprive their communities of revenue used to fund vital services,” said New York State Commissioner of Taxation and Finance Michael Schmidt. “We’ll continue to conduct these inspections and work with our law enforcement partners to ensure a level playing field for all.”

The owner of A&B Food Corp, Abul Islam, 59, was arrested and charged with multiple felonies, including possession of a forged instrument, attempt to evade cigarette tax on 10,000 or more cigarettes, and possession for sale of counterfeit-stamped cigarettes. More than 96 cartons of illicit cigarettes were seized from his store.

In addition to the criminal charges, the defendants each face fines of up to $600 per carton seized, which would total more than $144,000 for Salah Aizah and more than $57,600 for Abdul Islam.

The Kings County District Attorney’s Office is prosecuting the cases. A criminal complaint is only an accusation; the defendant is presumed innocent until proven guilty.