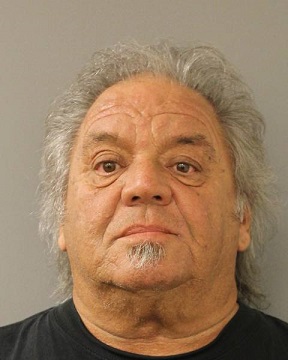 The New York State Department of Taxation and Finance today announced the arrest of a tire store owner in Liverpool, NY for allegedly failing to pay New York State $57,356 in sales tax.

The defendant pleaded not guilty in the Village of Liverpool Court and was released on his own recognizance. Pasatella is scheduled to again appear in court on August 28.

The charges are the result of an investigation by the Tax Department’s Criminal Investigations Division, which revealed that Pastella underreported sales made at his business, Liverpool Tire, Inc, at 312 Oswego Street, between March 2013 and August 2017, and that he failed to remit to New York State at least $57,356 in sales tax as required by law.

If convicted, Pastella could face up to 15 years in prison.

“Sales tax fraud deprives the state and the communities where these businesses operate of revenue needed for vital services, forcing honest taxpayers to shoulder the burden,” said Acting Tax Commissioner Nonie Manion.
A criminal complaint is only an accusation; the defendant is presumed innocent until proven guilty. The Onondaga County District Attorney is prosecuting the case.

Registered sales tax vendors must file a sales tax return by its due date, even if they have no tax due for the filing period. Vendors can access the Sales Tax Web File webpage for resources to help prepare and file an accurate sales tax return on time to avoid penalties. Resources include filing instructions, guidance, videos, and demos.

New Yorkers aware of sales tax evasion or fraud can anonymously report it online or by phone at 518-457-0578. The Tax Department promptly reviews each complaint and takes corrective action when appropriate.