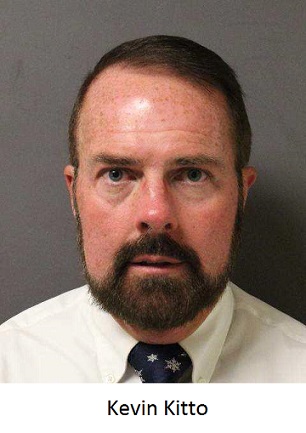 The New York State Department of Taxation and Finance today announced that the owner of a Watertown floral shop has been charged with multiple counts of sales tax evasion.

Kevin Kitto, 55, of 816 Brady Road, Sackets Harbor, was arrested by investigators with the Tax Department’s Criminal Investigations Division and arraigned in Watertown City Court. He was charged with one felony count of Grand Larceny and eight felony counts of Criminal Tax Fraud.

The defendant, who owns and operates Sherwood Florist, a flower and gift shop at 1314 Washington Street, allegedly collected $78,857 in sales tax from his customers from September 2014 to August 2016, and failed to remit those funds to New York State. He also failed to file several quarterly sales tax returns.

Kitto was released on his own recognizance. If convicted, he could face a sentence of up to 15 years in prison.

“When merchants fail to pay in a timely manner the sales taxes they collected from their customers, they are cheating the State and their local municipality out of funds necessary for a wide array of vital public services,” said Acting Tax Commissioner Nonie Manion. “It won’t be tolerated.”

A criminal complaint is only an accusation; the defendant is presumed innocent until proven guilty. The case will be prosecuted by the Jefferson County District Attorney.

New Yorkers aware of sales tax evasion or fraud can anonymously report it online or by phone at 518-457-0578. The Tax Department takes this type of illegal activity seriously, promptly reviews each complaint, and takes corrective action when appropriate.