South Carolina Man Pleads Guilty to Criminal Tax Fraud Must surrender vehicle plus nearly $10,000, and make restitution of more than $19,000 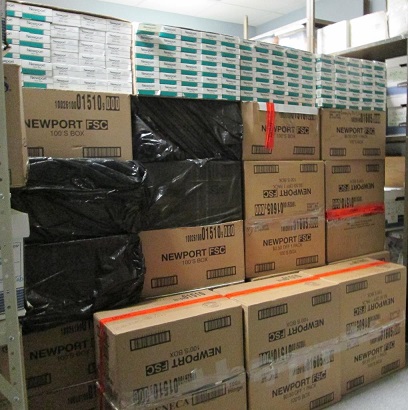 Hizam Daginah, 38, of 1143 McDowell St., Manning, South Carolina, appeared in Erie County Supreme Court before the Honorable Paul B. Wojtaszek. As a condition of the plea, Daginah surrendered the van he used to transport the contraband cigarettes as well as $9,500 seized during his arrest. He also was ordered to pay $19,210 in restitution to the Tax Department.

In June of this year, Daginah was arrested in the Buffalo area by investigators assigned to the Tax Department’s Cigarette Strike Force. His vehicle contained 660 cartons of cigarettes that didn’t have the required New York State cigarette tax stamps, and he was observed moving these contraband cigarettes into a building.

“This should serve as a warning to those who traffic in contraband cigarettes from other states,” said Acting Commissioner Nonie Manion. “Our criminal investigators work with law enforcement partners here in New York and beyond our borders to ensure that those who ignore our laws face justice.”

Daginah is scheduled to be sentenced later this year. The case was prosecuted by the Erie County District Attorney’s Office.

You can report tax evasion and fraud online at the Tax Department's website or by calling 518-457-0578. The information is kept confidential. The Tax Department promptly reviews each complaint and takes corrective action when appropriate.