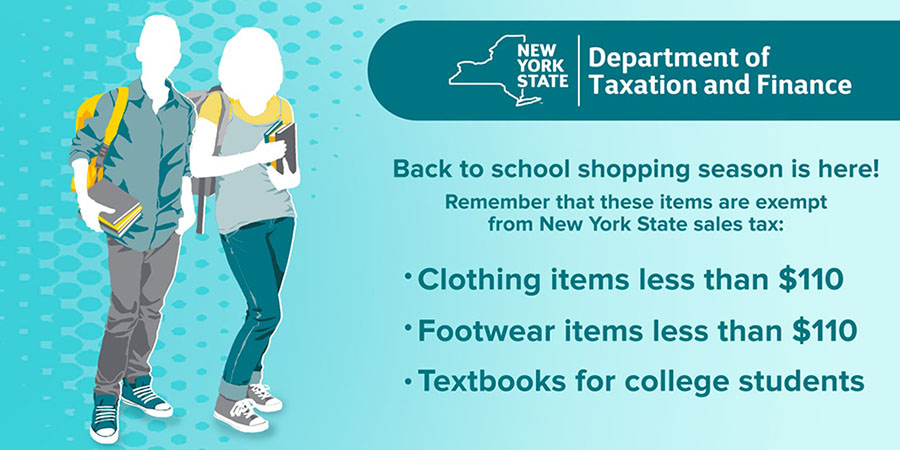 The New York State Department of Taxation and Finance today reminded students and parents of the back-to-school tax breaks on purchases of certain clothing and footwear, and on course textbooks for college students.

“It pays to keep this year-round tax break in mind, especially when making back-to-school shopping plans,” said Acting Commissioner Nonie Manion. “The savings on purchases of clothing, footwear, and college textbooks can really add up.”

Clothing and footwear items sold for less than $110 are also exempt from local sales tax year-round in New York City and the eight counties listed below. In 2017, the state exemption alone is expected to save New York shoppers more than $900 million. Savings from the combined state and local sales tax exemptions are about $1.3 billion annually.

Students can make qualifying purchases from any bookstore (including college or university bookstores), by mail order, or over the internet. If sales tax is erroneously charged, students can file Form AU-11 to receive a sales tax refund on the purchase.